HOME> Achievements over many years

Passing 140-year history of “Kobe beef” to next generation.​ ​Over1200 years of Tajima Beef history. 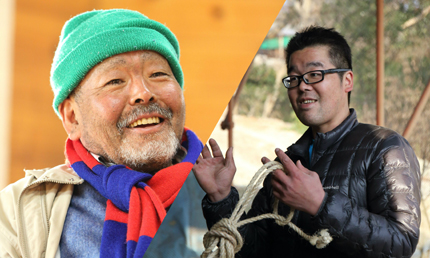 "Kobe beef" whose name became widely known to the world as a result of the opening of Kobe Port has a history of about 140 years. However, the history of Tajima Beef, which is a source of “Kobe beef”, has a history of over 1200 years which is much longer than that of “Kobe beef”. There is no other breed in the world that has built up a history and traditions over such a long period. Mr. Nakanishi has been in the field of cattle-fattening for more than 60 years. As the second generation of his family in the fattening business, it is his priceless vocation to be responsible for a part of the long history of Tajima beef and to develop the quality of beef by his own hand. Having said that, it is not his passion simply to raise Tajima cows into Kobe beef; what he wants to do is to pass on the achievement of Tajima beef, in the best way, to the next generation. That is Mr. Nakanishi’s biggest and only dream. And now, he is about to hand over the baton to his son, Hitoshi.​ ​

The “Nakanishi standards” that is enforced at the group farm.Is it stricter than the standard farms? 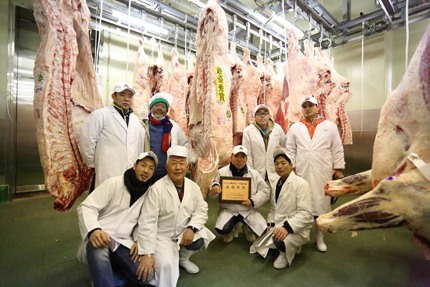 Apart from the Nakanishi Farm which the eldest son Hitoshi inherits, there are other farms within the Nakanishi Farm group such as the Yamanokuchi Farm. Usually different farms for “Kobe beef” use different feeds or employ a different fattening methods; However, these group farm share the method that Yoshitoku Nakanishi learned from the previous generation of “Kobe beef “pioneers. Mr. Nakanishi also did his own research and experimentation to come up with the best methods which he shares it with his group of farms. There are rules against using antibiotics or against using feeds from a certain area. If these rules are violated, Mr. Nakanishi goes as far as to expel a farm from the group. Moreover, if meat dealers, processors or retail shops commit violations, they will have their dealings suspended. This might sounds strict but it reflects Mr. Nakanishi’s firm belief in the importance of protecting customers’ trust and peace of mind. To him, this belief will remain unshaken no matter what happens. He strongly believes “No matter how good the meat quality may be, its real value is built on the foundation of ensuring the product safety”.

The reason I chose KISSHOKICHI